Skip to content
Home Safety How to Block EMF Radiation

How to Block EMF Radiation

We may earn compensation from some providers below. Learn More

During the last few months, I have heard one too many horror stories about the effects of EMF radiation. I was afraid if I did not do something to decrease my risk my health would suffer. I learned a lot about EMF radiation, how to decrease the impact and some alternative options that made me feel better. If you take the proper precautions, I do not believe EMF radiation is dangerous.

What is EMF Radiation?

I have become accustomed to the convenience of technology. Unfortunately, some of the modern gadgets you are using have potential health risks. Your microwave, computers, cellphones, wi-fi routers and numerous other devices emit invisible streams of energy waves. Before you become alarmed, keep in mind the sun has been sending out waves creating EMFs or electric magnetic fields since the beginning of time.

During the 20th century, we started using indoor lighting and electric powerlines all over the world. Scientists realized the power lines providing us with energy were sending EMFs just like the sun. As time passed, scientists determined the appliances we use requiring electricity also emit EMFs including X-rays and certain types of medical imaging.

According to a research by Our World In Data, approximately 87 percent of the current world population can access electricity. This means there is a lot of EMFs and electricity in our world. Some scientists are questioning the health risks of EMF exposure while others do not believe there is any reason to be concerned.

The farther you are from the object emitting EMFs, the more your exposure intensity decreases. The most common sources of low to high-level EMFs include:

Biological effects are determined by measuring changes in the environment. Some changes will not affect your health such as reading, listening to music or eating an orange. There are sophisticated mechanisms in your body to adjust to a wide range of influences in your environment. Change is a normal part of your life. Unfortunately, your body is unable to compensate for all biological effects.

Some changes place stress on your system, are irreversible and often considered a health hazard. An adverse effect on your health can result in the impairment of both yourself and your children. A biological effect might not have any adverse health issues. When an electromagnetic field reaches a certain level, biological effects can result.

If you read the news headlines, you already know one of the areas of concern for the past few years is EMF radiation. During the last 10 years, new sources of electromagnetic fields have been developed including radar, security devices and television screens. In response to health concerns from the public, WHO or the World Health Organization began researching EMF radiation.

The International EMF Project combined available resources and information from scientific institutions and important national and international agencies. During the last 30 years, more than 25,000 articles have been written and published on the effects of EMFs. Unfortunately, more research is still necessary due to gaps in knowledge regarding EMF radiation.

Some individuals have reported a fairly wide range of symptoms due to exposure to low levels of electromagnetic fields in their homes. The symptoms reported from EMF radiation include:

Although there is no direct scientific link between exposure to EMFs and the above symptoms, many of these health issues have been linked to new technologies emitting EMF radiation and environmental and noise factors.

Even though there have been numerous studies, the evidence regarding EMF radiation is still controversial. Despite the fairly small risk, scientists have made a connection between cancer and EMF radiation. Numerous epidemiological studies have shown the risk of childhood leukemia increases slightly when there are low-frequency magnetic fields found in the home.

Some scientists have concluded the connection is so small it is virtually nonexistent. Others believe not enough studies and research have been conducted for a strong conclusion. For this reason, large-scale studies regarding a potential connection between canner and EMF are currently being conducted by scientists in several different countries.

Effects of EMF Radiation on Pregnancy

Studies have been conducted from a wide range of sources regarding the effect of low EMF exposure in the working and living environment on pregnancy. Several different organizations including WHO have evaluated numerous EMF sources including:

The majority of evidence suggests exposure to lower levels of EMFs does not increase the risk of malformations, congenital diseases, spontaneous abortions and low birth weight. You should be aware there have been some reports of low birth weights and premature births by people working in the electronics industry. There is currently no scientific evidence showing whether this was from EMFs or exposure to solvents.

There have been some reports of hypersensitivity due to EMF magnetic and electric fields. With lower levels of EMF radiation, no association has been found with:

Although there is little scientific evidence regarding depression and EMFs, the issue is the majority of studies were based on low levels. More research is necessary regarding the effects of mid to high levels of EMFs. There is difficulty in researching this subject because numerous other responses are involved in addition to the effects of the EMFs. Additional studies are currently being conducted.

When workers have been exposed to higher levels of microwave and radiofrequency radiation, there have been reports of cataracts and general irritations to the eyes. There is no evidence showing the general public is at risk for cataracts due to EMFs. It has been determined the actual effects of EMF radiation are contingent on the level and how long you have been exposed.

There is currently a lot of research being conducted regarding the health effects of EMFs. Studies looking for EMF effects producing cancer are continuing. One of the topics currently researched the most is the long-term health effects of cell phone use. Although no connection has been proven, there is concern from the public regarding the safety of using mobile phones.

More research is required to show if obvious health effects are possible with extremely low exposure to EMFs. Some people prefer to play it safe by using a speaker to talk as opposed to holding a cell phone directly to their ear.

How To Block EMF

There are many different ways you can protect yourself from EMF Radiation including:

One of the best alternatives to decrease the impact of EMFs and exposure to electro-stress symptoms is smartDOT. You stick the product on the offending device and it takes care of everything. If you have numerous electronic devices in your home including gaming consoles, smartphones and computers, you can harmonize your exposure and the impact of EMF waves.

You can solve the issue of EDMF radiation for your household appliances, tablets, laptop and cell phones with smartDOT. According to the official website, smartDot is essential if you have kids because they are generally more sensitive to EDMF radiation. You can harmonize EMFs emitted by your electronic devices to help promote your well-being and the health of your family. You can read our full review of smartDOT by clicking on the button down below.

Your other alternatives include the sleepDot and the bioDot. The electromagnetic frequencies emitted by the majority of appliances are magnetically tuned with smartDOT. The device uses the process of entertainment to alter magnetic frequencies to resonate using the same frequencies. The result is a harmonization of your EMFs to ensure they are safer for your home.

Electromagnetic radiation and EMFs are filtered by smartDot then retuned from the source, the devices in your home. Although energyDOT offers other products, this is the only one capable of stopping harmful EMF effects at the source. The smartDOT offers you a range of benefits including not needing electricity to function, not requiring replacement and you never need to recharge the device.

You simply stick the smartDOT to your device and you are all set. The device is affordable and available in packs of one, three and five. The five-pack offers you the best pricing because you receive five but only pay for just over two.

There is not yet a complete understanding of the way EMFs affect your body. Some studies show ENF can result in a wide range of negative effects including:

These EMFs are retuned with smartDot to provide you with relief from electro-stress. Users have reported higher-quality sleep, fewer headaches and more energy. Many users have also reported an overall feeling of calm and improved concentration after using smartDOTS. One of the best advantages is you receive peace of mind. EMTs pose numerous potential dangers to your health.

You can stop worrying about EMF radiation simply by using smartDOT on your appliances, devices and smartphones. You will not experience any difficulty using smartDot since all you need to do is stick it on. There is no interference with the way your devices function so any concerns about damaging your devices are eliminated from the start. I know I was pleased when I learned there are scientific studies backing smartDOT.

Independent research has been conducted regarding the effects of EMF radiation. The results showed the effects are harmful. If you use a mobile phone for an extended period of time, you are at risk for misshapen blood cells. These damaging effects are decreased by smartDOT. Thermal imaging shows the product also decreases the heat building up in your chest and head due to EMFs from frequently using your cell phone.

For this reason, smartDOT was designed to entrain and harmonize the EMF radiation emitted by your devices to be more in tune with your natural EMF frequencies. This effectively decreases the severity of the interference with your personal fields.

I read the smartDot reviews on the internet. I was shocked by how many great reviews I discovered. The majority of users have given smartDOT a rating of four to five stars due to significant improvements in their daily life. Yes, I did see the occasional bad review. I have yet to find any product without a few poor reviews regardless of how effective.

You should now understand what EMF radiation is and the potential health effects for you and your family. By following the tips to block EMFs in this article, you can make a positive difference in your life. I recommend taking the time to ensure you have decreased EMFs in your home as much as possible because your health is priceless. 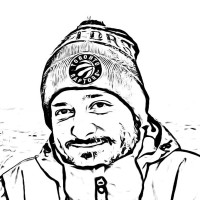 Nerko is a writer for Zoopy, and he's been working there since 2019. He loves to ride his motorcycle and bicycle, especially in the summertime! He also enjoys watching science fiction movies, and his favorite movie is Interstellar. Nerko is also a competitive gamer - so if you're looking for a good competition, he's your man!